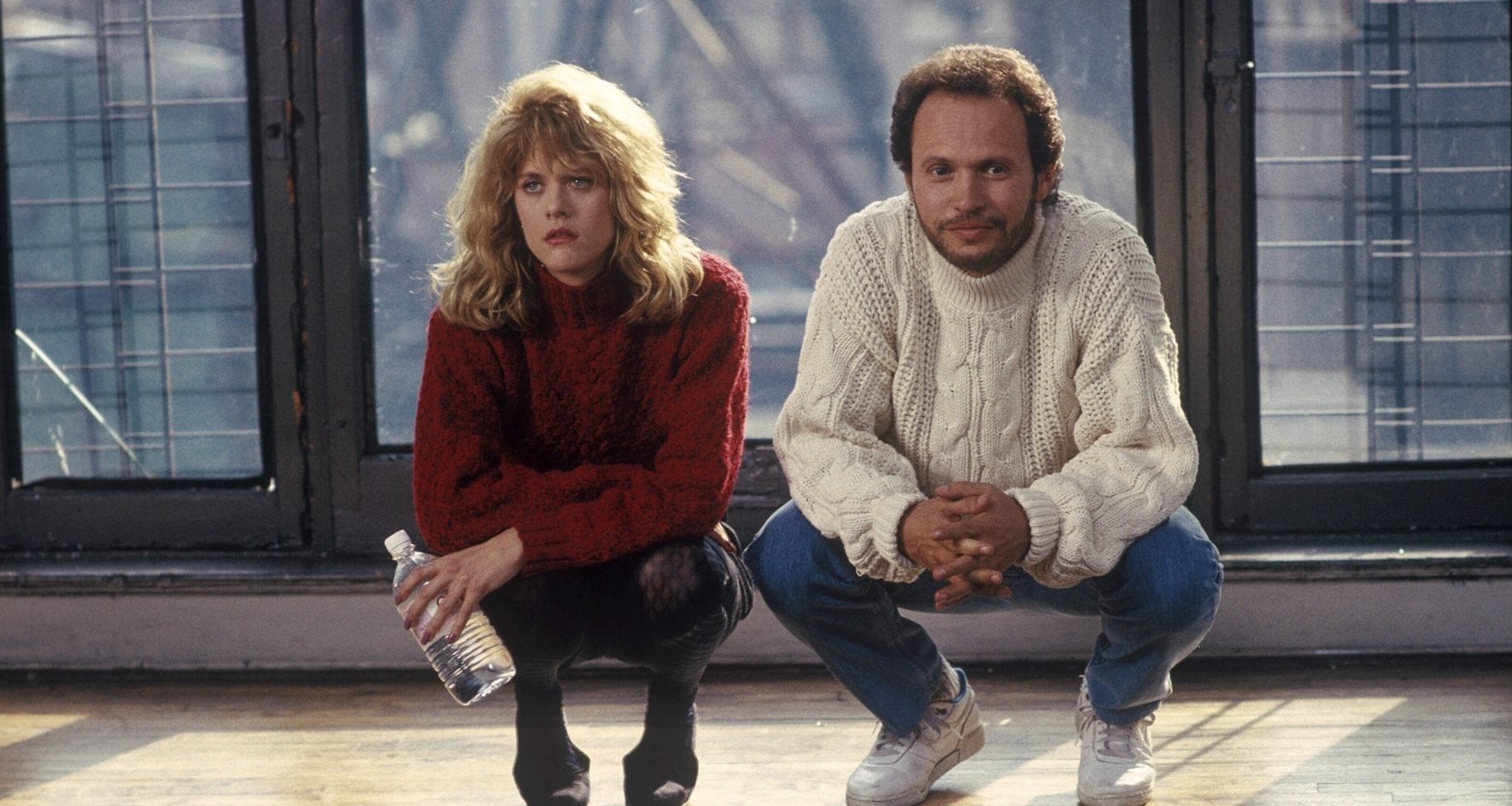 This movie takes place in 1977, when two University of Chicago students, Harry Burns, played by Billy Crystal, and Sally Albright, played by Meg Ryan, share a ride to New York City.  The main theme of the movie is the undeniable truth that men and women cannot be friends.  They discuss this topic in the car ride to New York, and by the end of the ride, Sally is repulsed by most things about Harry.

Five years later, they meet by accident at the airport. Sally has a new boyfriend, and Harry is getting married.  They speak briefly, and Harry attempts to amend his statement on how men and women can never be friends.  Another five years later, they cross paths at a bookstore.  Sally has broken it off with the guy she was seeing; Harry is getting a divorce.  Both are depressed, and they become involved friends.  They help each other through the pain of their respective breakups.  The attraction between them grows from this point on.

Odds are you’ve seen this movie, but it’s worth another watch as a refresher on how men and women think.  It’s absolutely hilarious and filled with lots of relationship truths.

This movie does a great job of explaining why men and women can never really be friends.  I chose to review this movie because the “friends” theme will repeat itself throughout this website.  This is not to say that men and women cannot interact with each other as friends.  They can.  However, the truth is always in the background, just under the surface.

Gals, Harry’s description of the difference between a high maintenance and a low maintenance woman is pretty solid.  Guys, this movie touches upon what a “Transitional Man” is.  Also important is the concept that many guys and gals are not over their exes.  In our age group, this is a real issue, but anyone who has not put their ex behind them should not be out in the dating pool.

A key scene in this movie is when Harry explains to Sally why men and women cannot be friends.  The linked clip includes two parts of the movie.  First is the discussion in the car at the beginning of the movie, and the second is five years later when they cross paths at the airport.