Midlife Dating Support without the Crisis

Bringing the FUN back into dating.

In his previous book, No More Mr. Nice Guy, Dr. Robert Glover did an outstanding job identifying Nice Guy behavior in men and how destructive it is. Dating Essentials for Men is a natural progression for men to go from being bad daters (typical of Nice Guys) to confident good daters. While written for men, there is a lot of good material in this book that can help women.

In his counseling practice, Dr. Glover has found his clients consist of two categories

His material will decidedly help men (and women) identify their dating goals and face their dating fears, enabling them to learn valuable dating skills and challenging them to act and practice these new skills.

The Essentials are composed of two parts.

Part 1 is about mastering your mind. Robert points out the many lies our minds tell us about ourselves as men (and women).  When it comes to dating and relationships, many recovering Nice Guys have an array of self-limiting beliefs—consisting mainly of an underlying fear of rejection and a lack of an abundance mentality. Robert explains that men will naturally attract women by concentrating on traditional role models and playing toward that. The theory of attraction is also discussed and what men can do to make it naturally work for them.

Part 2 has to do with putting things into practice: a plan or set of steps any man can take. The steps are broken down into small bite-size portions, thereby enabling easy integration into your day-to-day life. Robert also outlines common mistakes men make in dating and how to eliminate them, covering the finer details that women notice in style, grooming, and etiquette; lessons men can learn from the natural players, like learning how to banter and flirt; and how to define what it is you are looking for in a “Really Great Woman.” There is an entire chapter on being a “Good Ender”: the crucial skill of properly breaking up. Secret: it’s easier than you think for a variety of reasons.

One of the book’s best mental workouts is the “Committing to Going Out with 12 Women in 12 Weeks” exercise. Any man capable of doing this. It parallels with the 50 Dater mindset in regards to testing the waters. You have to be okay with dating more than one woman at a time because there will be overlap. Differentiation versus Fusion is also well-covered. 50 Daters need to understand this concept, which is one of the most underrated topics in relationships. Finding good information on this topic is a challenge outside of written books. The section on “The Paradigm Effect” and how it relates to dating has great merit. This is how you seek information to support your self-limiting beliefs and ignore or minimize information that contradicts those beliefs—shifting the Paradigm where you learn how to choose a woman who chooses you.

Dating Essentials’ reoccurring theme goes along nicely with the 50 Dater mindset: self-improvement and personal growth through minor adjustments. Just by making a few fine adjustments, you can see significant positive changes in your dating life. Like many of the books reviewed here, there’s not enough room to cover all the book’s detailed information. It’s well-written and very comprehensive. My outline notes for this review cover 56 pages, so this review only scratches the surface. Regardless if you’re a guy who is an experienced dater or just getting back into the dating game, you’ll find dozens of practical things you can immediately start to use.

I’m going to highlight three beneficial insights I found in this read. The exciting thing here is that they pretty much apply to both men and women.

Bad Dater Cycle – The book slowly covers each step. By the time you get to the fully laid-out cycle, not only will you easily recognize things you are or were doing in many of the steps, you’ll know what to do to break the cycle at multiple points. Taken directly from the book:

Here is how the average bad dater approaches dating:

Sound familiar? If you have been down this road before, you know what this approach leads to—getting stuck with a woman who disappoints you and/or drives you crazy.

The Relationship Pyramid – The key to breaking the Bad Dater Cycle starts at step number one. Here is where the Relationship Pyramid comes in. Robert calls it a roadmap or guide to not only find what you’re looking for but also to limit your time with the wrong woman. He has you create a 5/5 list, 5 “Must Have” traits and 5 “Won’t Tolerate” traits. It’s simple and takes five minutes. Once you see these traits on paper, it becomes relatively easy to align and narrow your search. (This easily applies to women too.)

The Pyramid has four categories. I’ve abbreviated the descriptions. You’ll need to read the book to pick up on the details and understand the nuances. Starting at the top of the Pyramid:

Chapter 19 on Being a Good Ender. Robert calls being a good ender one of the most important skills in dating. (We completely agree with this at 50 Dates. There is very little information out there on how to best go about ending things.) With your 5/5 list in hand, you now know what you are specifically looking for. You understand that dating is a numbers game and that you’ll be meeting some good women, many wrong women, and a few really wrong women. 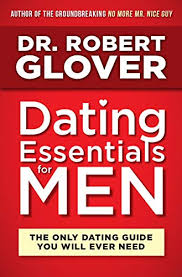 Spouse Hunting: Using the Rules of Real Estate to Find the Love of Your Life – Book Review

Why He Didn’t Call You Back – Book Review