Midlife Dating Support without the Crisis

Bringing the FUN back into dating.

Movies with a Dating and Relationship Message

The purpose of Chick Flick Movie Review is threefold.

I have always been a fan of romantic comedies, initially watching them for their comedic value and not as a potential source of romantic education.  Then I had an epiphany in 2011 on a Cathay Pacific flight from Los Angeles to Hong Kong.  Not being able to sleep, I scrolled through the movies, and there was The Notebook.  I’d always heard women really liked this movie, and frankly, there was not much else to watch.  Knowing full well this was strictly a drama, I cued it up and hit start.  Much to my surprise, the movie had a very profound effect on me. I admit it brought me to tears at a few points. Luckily, the cabin was dark, and most passengers were sleeping.

I was hooked, and my consumption of romance movies increased from there.  By this period of time, my marriage had reached roommate status.  We’d grown far apart, and an amicable divorce was just around the corner.  Searching for answers, I began to look at these movies as one of many avenues of learning about romance, love, and relationships.

Movie reviews here at 50 Dates are not meant to be critical but rather analytical from a romantic education perspective.  The reviewed movies meet a decent standard of entertainment and quality.  They also share a dating and relationship message.  Since I’m speaking as a guy, the reviews will tend to be more about what men should pay attention to.  It’s important for us to understand that Hollywood is good at writing bad dating advice into their scripts.  I point this out when I see it. I suspect it’s due to many of the writers not being good daters themselves.  Some of these are classics but worth another view for some fresh perspective. 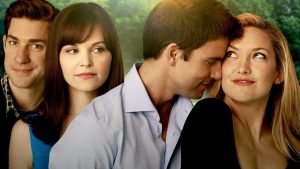 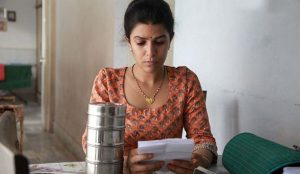 Takes place in Dublin, Ireland in 1985. It begins with Conor, a teenager...

Odds are you’ve seen this movie, but it’s worth another look as a...