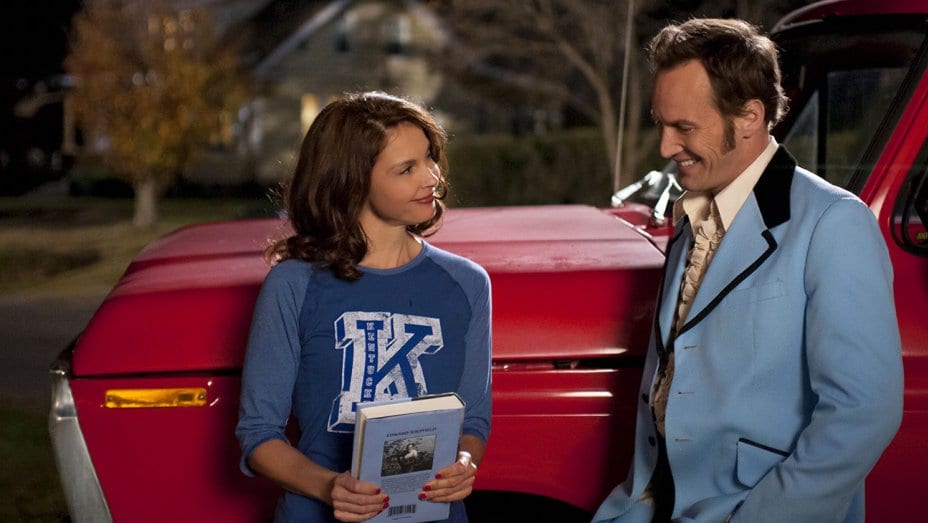 This movie takes place in the town of Big Stone Gap, Virginia, in 1978. Ave, played by Ashley Judd, owns and operates a pharmacy left to her by her deceased father. She recently turned 40 and is still single. Jack, played by Patrick Wilson, is a worker at the local coal mine, which is central to the town’s economy. He and Ave attended school together in their youth, and there was always some attraction between them. When Ave’s mother passes away, long-held secrets are revealed, changing the course of Ave’s life. She and Jack cross paths on a regular basis, both through family and through Ave’s experiences as the local play director and as a member of the response team for mine emergencies. Things heat up between them.

This is a pleasant romantic comedy with some suitable lessons. Guys, if you like cars, you’ll quickly pick up on the movie’s attention to detail in the vehicles of the era. Small town life is well-represented, from the overreaction to Elizabeth Taylor passing through down to the bookmobile on its daily rounds. This is a story about those who wonder if life may have passed them by, leaving them to do the unconscionable: settle. It’s also a reminder of how much more straightforward life was in the 70s and how utterly clueless men can be in the pursuit of romance. The film demonstrates what may happen when men come on too strong and what an epic failure it is for them to attempt to use logic to explain love.

A wise female philosopher by the name of Cyndi Lauper once said, “Girls just want to have fun.” This is something Ave does a good job of explaining when Jack tries to use logic to propose romance. However, the movie does send one wrong message. While it would have made Mr. Spock on Star Trek proud, this purely logical marriage proposal is probably not something that Jack could recover from in real life. Women know that men like Jack don’t change and that they are highly unlikely to provide what a woman needs to fall in love. In small-town life in the 70s, the odds are much better that Jack would get a second chance, but still, this scene demonstrates how unattractive it is when a man spills his guts to a woman. Guys, you can’t put the toothpaste back in the tube once it’s out.

The relationship between Ave and Spec, the town lawyer, is a rare example of actual friendship between a woman and a man. The movie also touches upon the power of the handwritten letter.