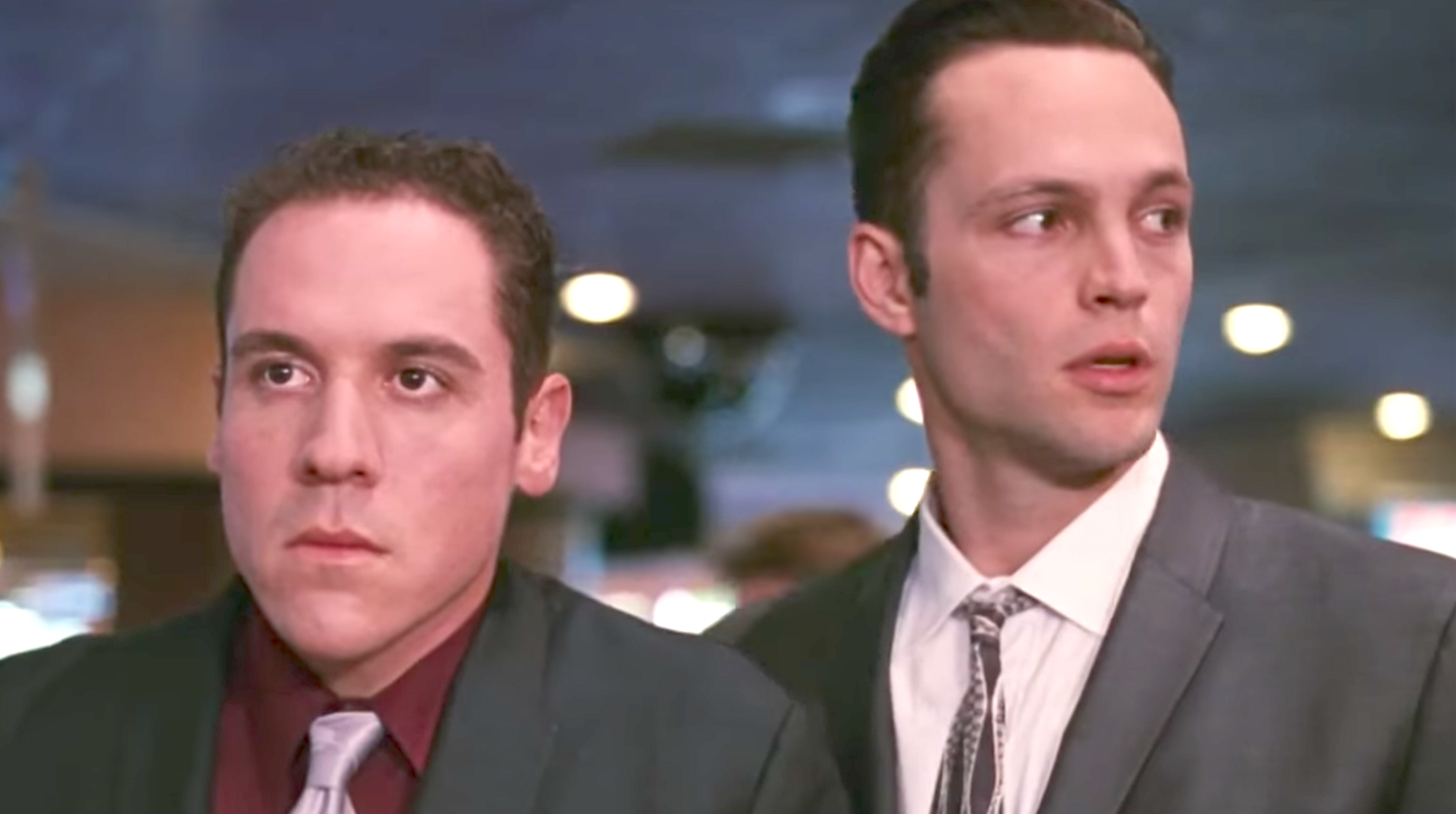 The film follows the lives of a group of single guys who are aspiring entertainers seeking their break in Hollywood in the mid-90s. Mike, played by Jon Favreau, has not gotten over a breakup with his girlfriend from New York six months earlier. His friends Rob, played by Ron Livingston, and Trent, played by Vince Vaughn, do what they can to cheer him up and get him to move on. Mike is presented with ample opportunities to get back into the dating game but manages to self-destruct in humorous fashion due to his attachment to his ex. With the steadfast support of his friends, Mike is able to turn things around and get his mojo back.

There is a lot to like about this movie, which is the Reader’s Digest version of Jon Favreau’s autobiography. Bits and pieces of his real-life experiences are mixed in with those of Vince Vaughn. This makes the scenes very authentic, since they were recreating recent life experiences.

With a budget of less than $300,000, the film had to rely on creativity and acting skill. In most cases, there was no budget for extras. The people you see at the bars, the dancers, and the band are who happened to be on location at the time of filming. The swing dance scene near the end of the movie is first-class!

The story is about the sacrifices necessary in pursuing your dreams and the damage you can do if you don’t let go of a failed relationship. We’ve all met someone who it took us a while to get past after the breakup. This movie demonstrates that once you let go and be yourself, opportunities will open up for you.

Further exemplified is how much work was involved in meeting someone new in the 90s. Back then, the only dating service was Great Expectations with their videos. We should be very grateful we have so many options available today to meet singles, especially those of us who are in the 50 Dater age group.

There are several notable scenes that men can learn from.