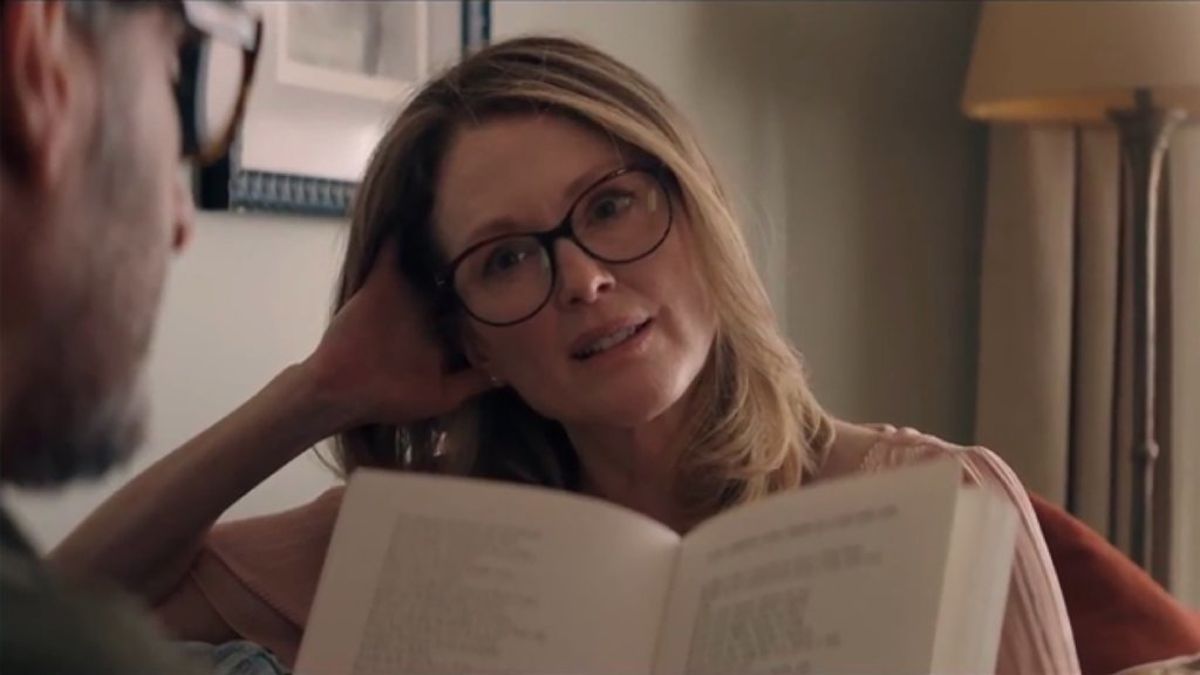 Gloria Bell, the main character played by Juliann Moore, is a middle-aged single woman. Gloria has been single since her divorce twelve years ago. She is typical in many aspects as a single woman in her age group. She has an unfulfilling job in the insurance industry, has a couple of adult children, lives in an apartment by herself, and likes dancing to songs from the disco and ‘80s era. The one thing she doesn’t have is a relationship. The men she has been meeting in the dance club have been lacking as relationship material. One evening at the dance club, she meets Arnold, a man who has been single for a year now. Her attraction to him is strong.

Be aware that this is not a fun romance movie with comic relief. It’s a drama that shows the plight of a woman who gets intimate too quickly and is willing to settle for dating a Nice Guy. It demonstrates that Nice Guys can temporarily succeed but will eventually crash and burn. The movie further shows to 50 Dater men who your competition is and, most importantly, how not to conduct yourself in almost every situation. After you watch this, you’ll understand why most women will not want you to pick them up at home at the beginning of a dating relationship. They don’t want a real-life Arnold, and online dating websites are full of Arnolds.